I took this photograph when it was snowing in the historic Diyarbakir bazaar. In this historic spice bazaar there are many spice shops. Diyarbakir is a city in the southeast of the Turkey, known for its long and historic walls. Walls of Diyarbakir are more than five kilometers long, among the longest of medieval fortifications; only the Great Wall of China is longer. It is constructed of imposing masonry in black basalt (a stone of local origin), and had along its circuit more than 75 towers, all but six of which are still standing. 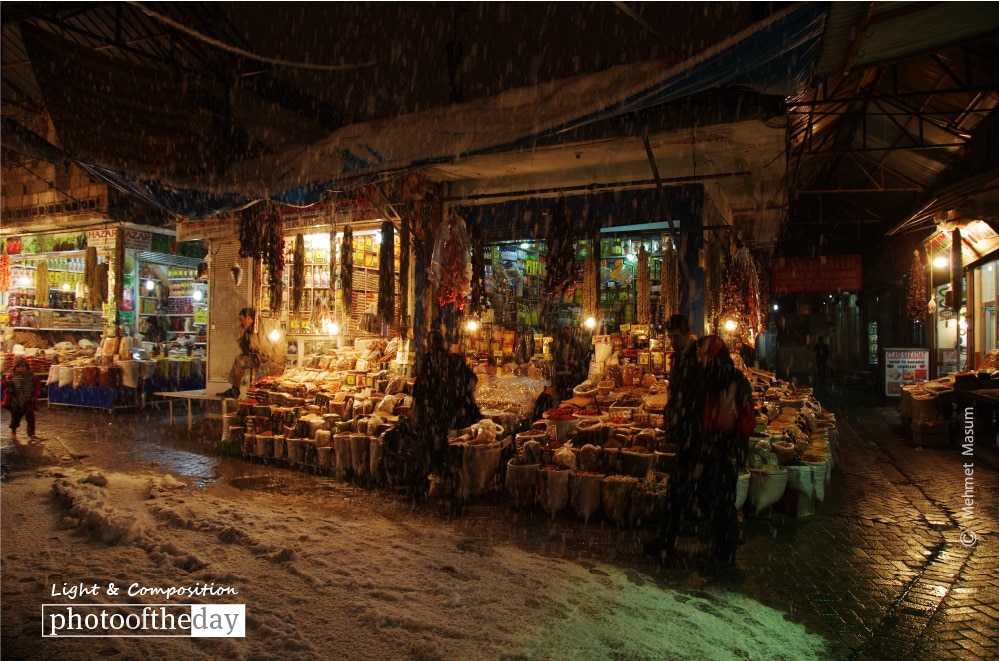 Subscribe Now
A Cyclist on the White Bridge, by Siew Bee Lim

Monks in the Market, by Ryszard Wierzbicki
Scroll to top wpDiscuz