It was in March 2018, and we were traveling in Fujian, China. It was on the second day of our tour, and after lunch we went to a temple located at mid-hill. There was a waterfall on top of the broad hill. At first the waterfall was dry. Soon around two o’clock, water started flowing down, and the waterfall became visible to us, though we were quite far away. A moment later we were taking photos nearby the waterfall river, and I got to photograph the two young travelers. 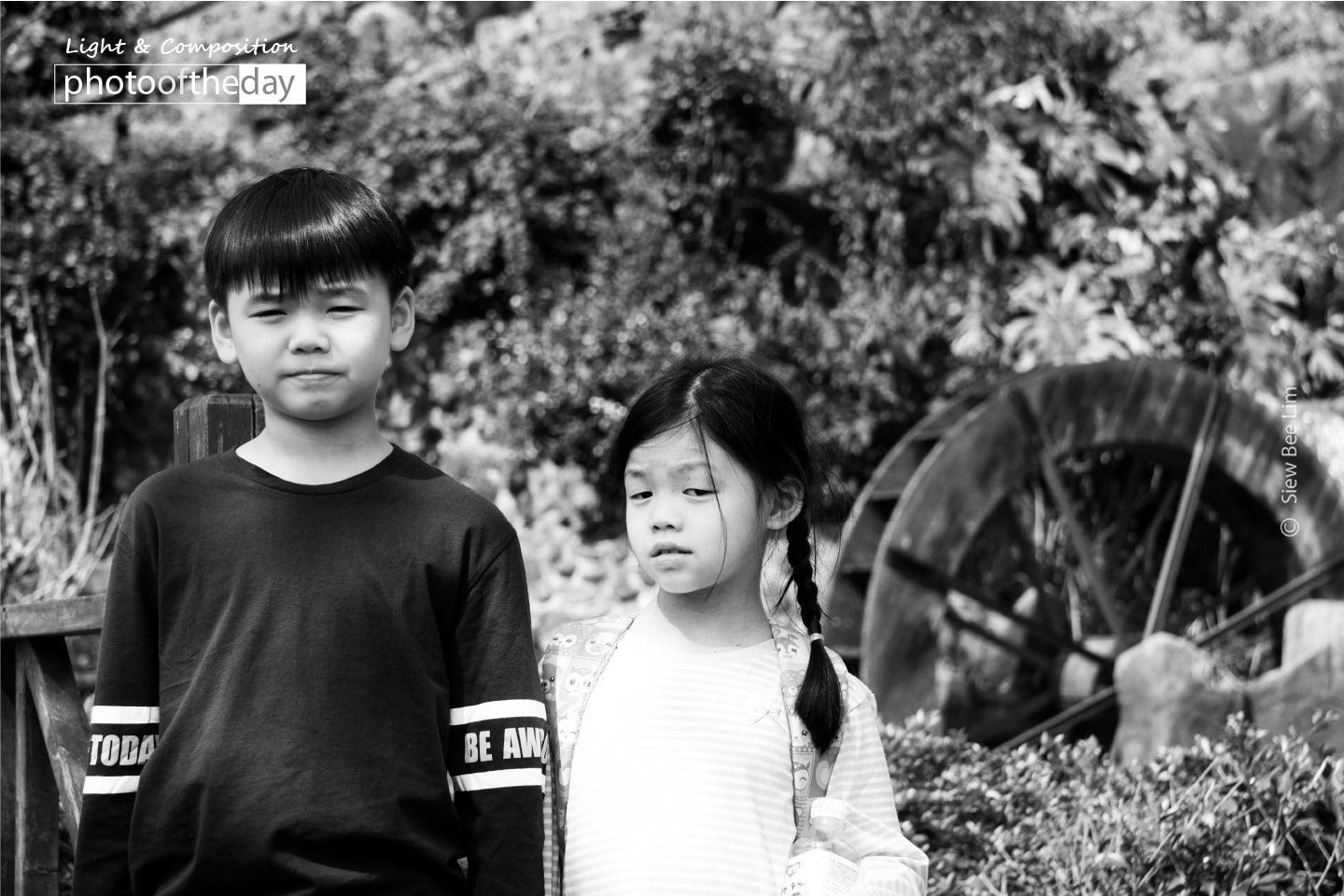