The tufted duck is a small diving duck with a population close to just one million. They are migratory, spend most of the year in the United Kingdom and overwinter in the milder south and west of Europe and southern Asia. While visiting Muhuri Dam back in December, 2008, I spotted and photographed this tufted duck, which was about to take off. 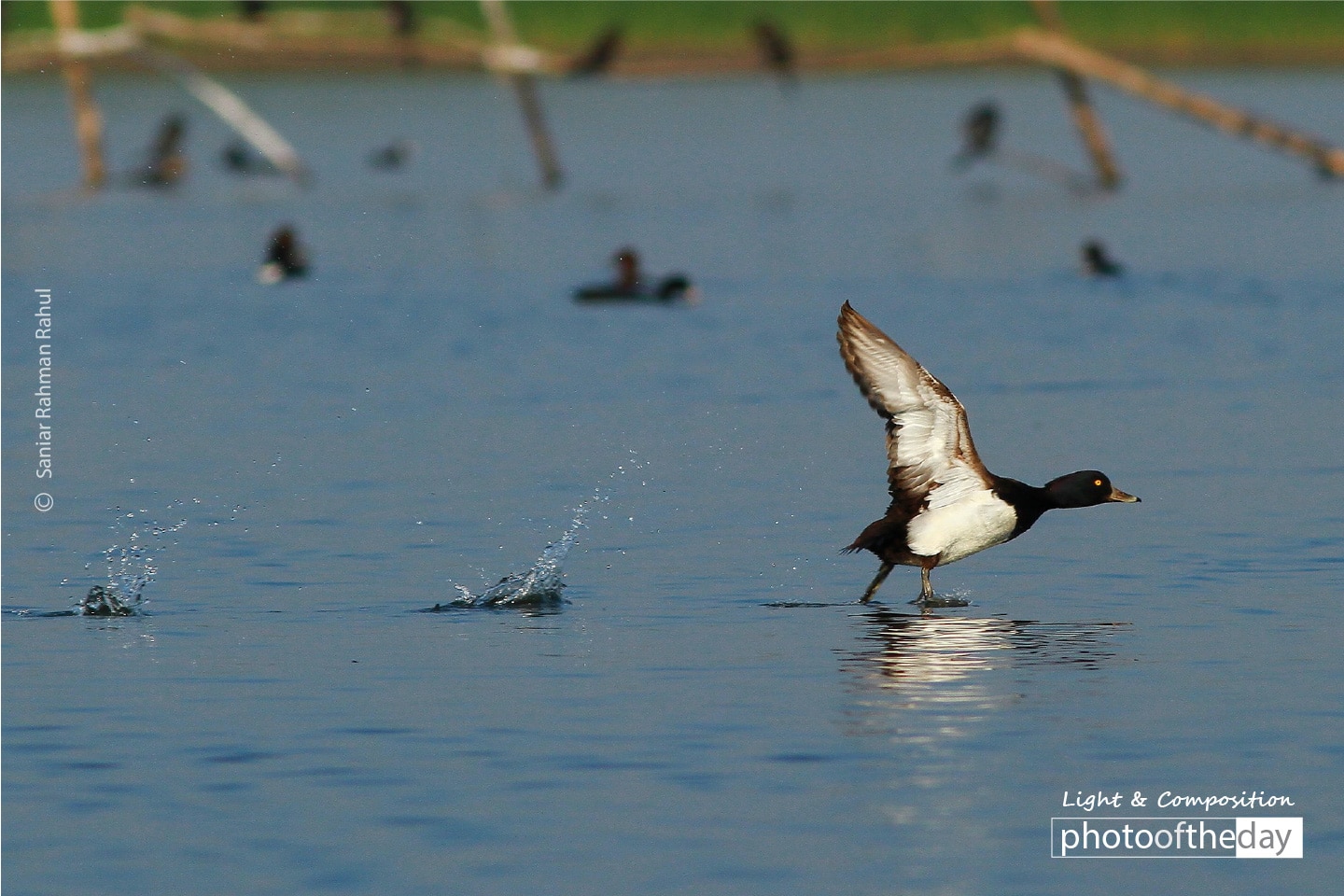 Waiting for Spring, by Gavin Day

A Buffalo and a Calf, by Ryszard Wierzbicki
Subscribe
Login
0 Comments
Inline Feedbacks
View all comments
4,215,112