This photo was taken many years ago while I was touring Puntolong Monastery, Tibet, China back in 2014. On that day, I was taking a long slow walk admiring the view when I chanced upon this man slowly making his way down the hill. I thought what an interesting face he has. I signaled politely whether I could take his photo. He kindly obliged and now I have something to remember my journey by. 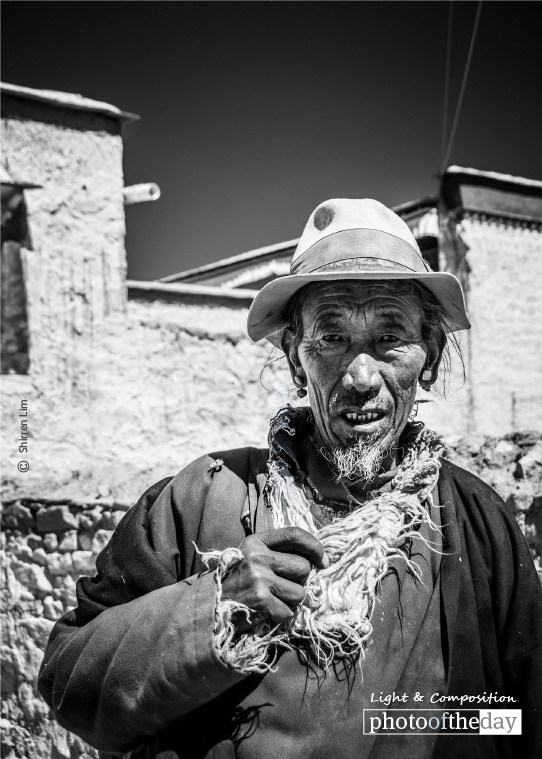 Only Smile, by Vaibhav Choudhary