During an expedition to the West Coast of Greenland, we were settled in the small village of Saqqaq for a couple of days. One night, the wind was blowing the smaller icebergs from the open water right into the bay were some of them stranded, and a full moon additionally made for a very high tide so that the icebergs could easily float onto land. We just took our ice climbing equipment and went for some bouldering fun on the stranded ice giants. 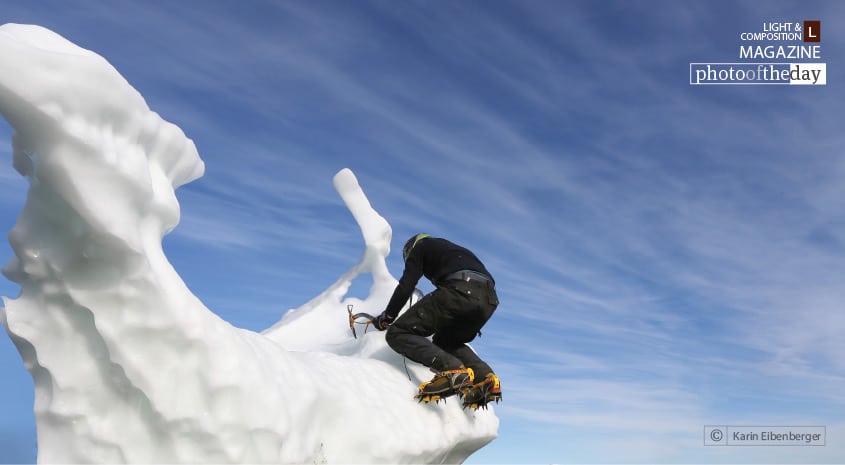 MTB in Chamonix, by Ola Cedell