It was February; the winter was going to finish shortly in Hakaluki Haor, the largest marsh wetland resource in Bangladesh. These three fishermen were walking towards the water, where they would do finishing. For birds it’s one of the safest zones, but for people it’s a place of straggle. Bordering with Assam, India, this area stays underwater all over the year, only during the winter some of the lands become visible. Here almost everyone is fisherman. 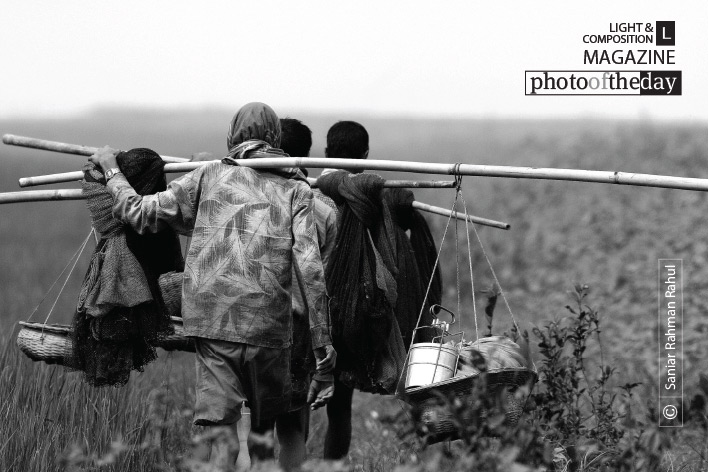 The Happiness Factor, by Jabbar Jamil

Six in the Evening, by Siew Bee Lim
Subscribe
Login
0 Comments
Inline Feedbacks
View all comments
In Unity We Live, by Shahnaz Parvin