Credit crunch. Two words that have become familiar to everybody all over the word. Two words that put together few years ago didn’t mean anything, or at least did not have the weight of today. That’s what this picture is all about. We are living through this financial crisis and there’s nothing that we can do, but seat on a couch and read what is likely to happen the day after tomorrow. 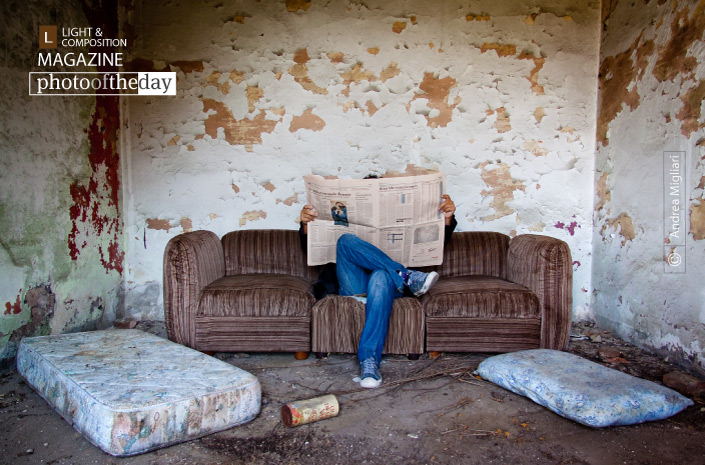 Broken and Blessed, by Sandra Frimpong

A Dead Reflection, by Liton Chowdhury

An Elegant Man by Stefania Primicerio