L’Aiguille Noire (The Black Needle) is part of the Massif des Cerces, in the Alps (Savoie), at the French-Italian border. It culminates at 2869 meters and is pretty close to the famous Col du Galibier which is traditionally one of the most determining moments of the Tour de France. The present picture was taken above the Massif du Crey du Quart that may be reached from Valloire, a small charming Savoyard village in the middle of those huge mountains. 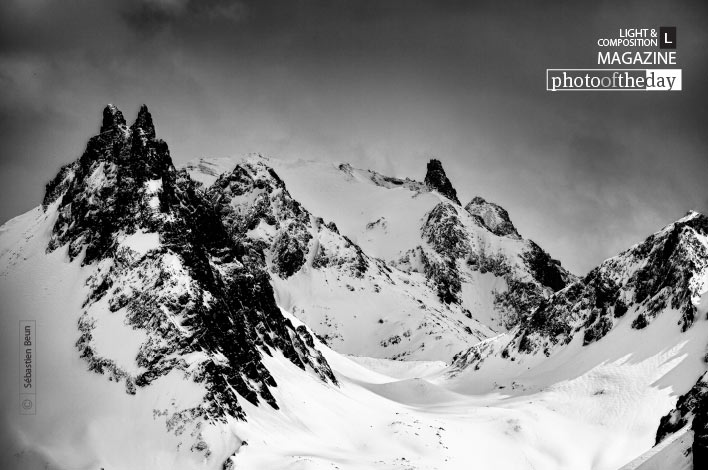 Photographer: Sébastien Beun (Leers-et-Fosteau, Belgium) Registered
Sébastien Beun is a Belgian based amateur photographer born in 1981. He came into photography at the age of 12. Sébastien bought his first single lens reflex and made his first attempts to develop black and white negatives and prints after having discovered his father’s old material in the attic. Few years later he bought more modern dark room material, and over the course of time moved into digital photography eventually. Today he takes digital photographs of everything that touches him. He keeps his dark room material in his attic, as he believes one day he can show how that works to his own son.