I was invited to work in the Mapuche community Nehuen (Water Force), Temuco, Chile. This photograph was taken while lunch was expected, some began to tell stories, some humorous others less so. 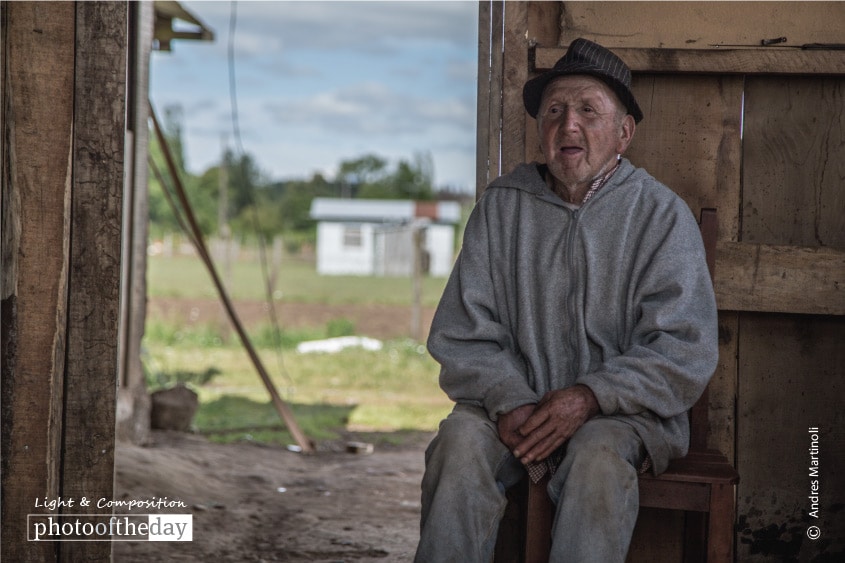 Photographer: Andres Martinoli (Santiago, Chile) Registered
Andres Martinoli Sanz was born in Santiago, Chile in 1989. Studio Director of photography film. In parallel to the film, trying to better understand the light, began to capture some photographs until unwittingly began to have a better portfolio. Currently motivates him capture the essence of people and communities (mainly indigenous) living in Latin America first instance and then hopefully open up to the world, as they are looks that are missing in this world.

Behind my Notebook, by Ryszard Wierzbicki

A Boy from the Village Qrız by Fidan Nazim Qizi

The Beauty of Innocence by Zara Otaifah