Have you ever felt the silence of the trees? The silence that has its own language. It tells the story of unyielding endurance. With solid hardness trees stand firmly from the beginning of time, remind me one of the most famous photographs, The Pond—Moonlight, by Edward Steichen. Edward took that photograph back in 1904, and featured a forest across a pond, with part of the moon appearing over the horizon in a gap in the trees. Where as Silence of the Trees in a Watery Unset featured a different form of nature; nevertheless, it shows that magical effect of the monsoon sky of the Indian subcontinent with a beautiful blue color. 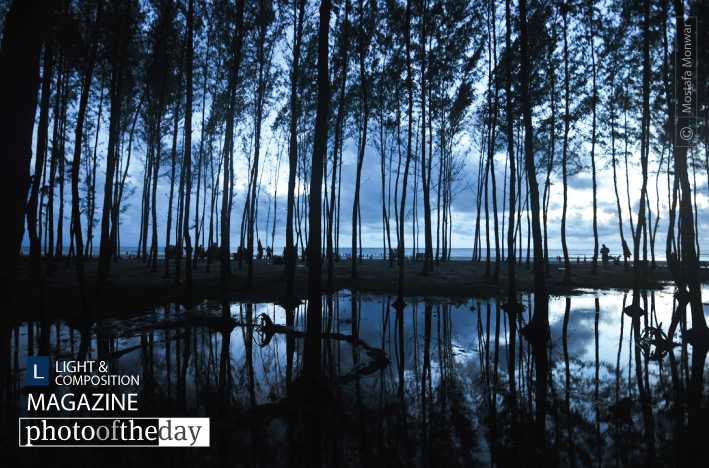 Photographer Mostafa Monwar from Bangladesh captured the soothing silence of the trees in a watery unset. No, it’s not a $2.6 million dollar worth photograph, but it does take me to that place of natural beauty, the world’s longest sea beach, Cox’s Bazar. How do you like the silent trees? Share your feelings with us.

Source:
Photo of the Day | June 17 | Silent Trees in a Watery Unset, by Mostafa Monwar

Where Our Hearts Live…

The Heart of Prayer

,when you’re mad at me this morning .. So forgive me this afternoon …… Apologies if this evening is still less expensive than a splash of water during the dry season …. Then welcome your evening … With all the smiles …. Do not hate me …

love the silence of the trees, and their noise for that matter. Beautiful shot.

0
Reply
Through the Eyes of Aidan, by Keith Riley