There were a few places I wanted to visit in Delhi, my first stop city. We went to Chandni Chowk market area on a Sunday morning. The sreets weren’t crowded as most of the shops were closed on a Sunday. We were meandering along one of the quieter street when I chanced upon this street right down one alley. I made a few pictures of this scene. I like this one best with the head of the dog slightly turned catching the morning light. 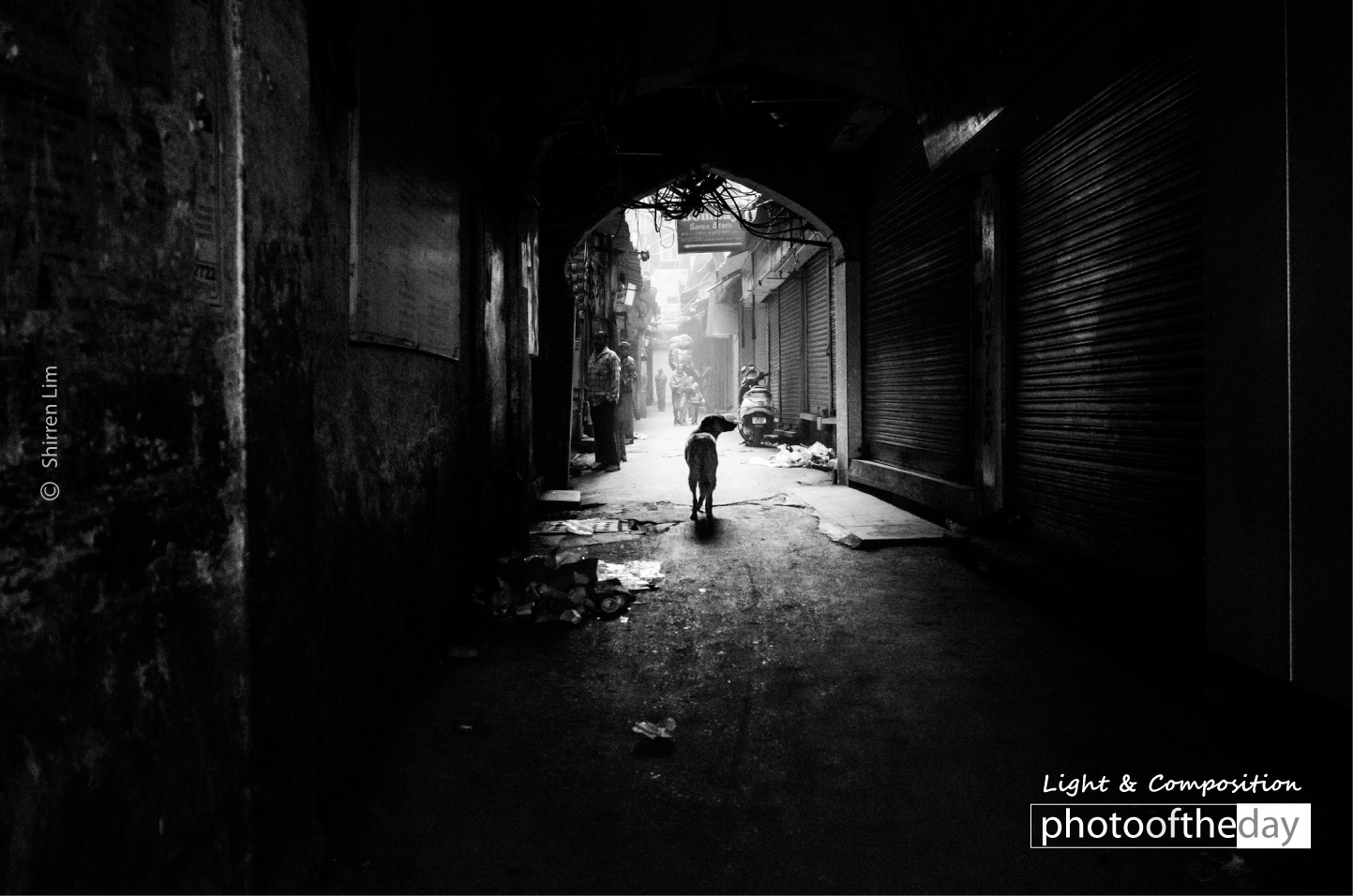 The Gaze, by Sandra Frimpong