The Chimed Lhakhang temple in Lobesa Valley is situated on top of a small hill. To get there, we had to walk through a field of grassland amid the sound of rushing fresh water coming from a small brook. In it was this old man sitting next to a big bell. I was fascinated by his character and took a photo of his well aged hand playing with prayer beads. 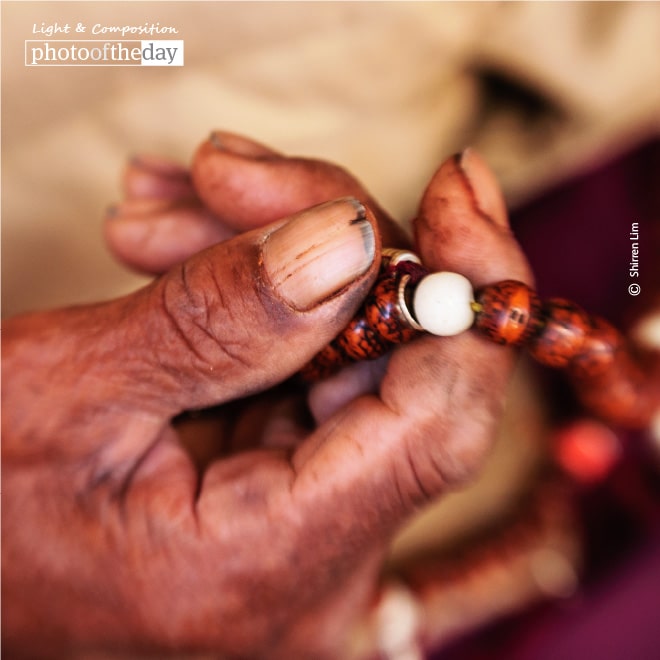