Have I told you about my crazy friend? The one who keeps saying stuffs like he hates civilized world, and wants to live in a forest? His motto of life is to feel like a normal animal? Weird idea, no? I used to think so too. But when I thought about it more I couldn’t but agree with him. May be civilization is taking away more than its giving! 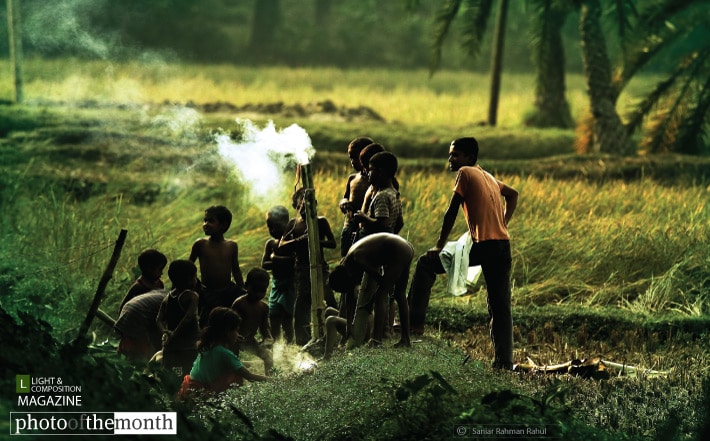 Look at the photograph by Saniar Rahman Rahul. Its been taken in Bangladesh, a land famous for its natural beauty and simplicity of lives. Can you see how the fog of industry spreading itself here too? The enthusiasm and curiosity of the crowd says it all about how man gets caught into the temptation of advancement and leaves the basics in the background. Don’t you think the photo symbolically presents the dilemma between progress and the simple joy of living? Share your thoughts with me!

The Snake on the Branch, by Saniar Rahman Rahul
3 reviews