On our walk through life, we chase our own shadows – of who we are, or once were. We always want to keep rising up and above our shadows. We try to reach the unreachable, think the unthinkable and in the long run we end up being distant from our true selves. Don’t you think so? Have you ever wonder how your shadow lures you? Did you ever look back to see your shadow following you? Have you ever wonder the darkness it conceals in itself? Shadow changes its shapes and sizes. Doesn’t it? It depends on where you stand in life, and what you stand for. Your essence to the world changes with you, and sometimes you even end up hiding yourself behind your own shadow. Doesn’t it bother you that your shadow can tell so much about you? 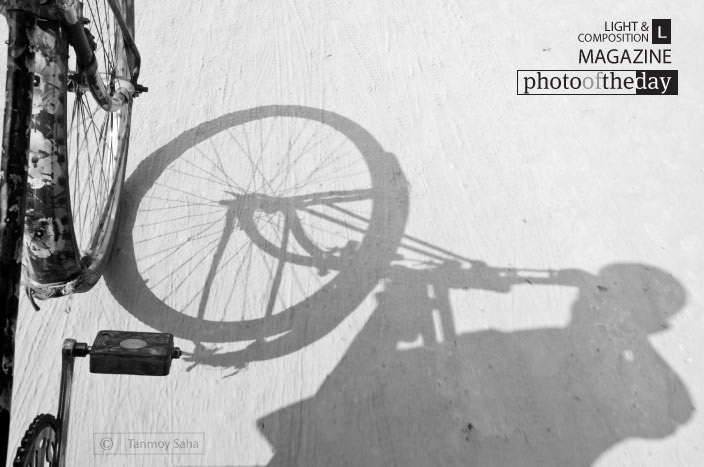 Photographer Tanmoy Saha took this photograph in the street of Dhaka, where millions of low earning people straggle to meet their mere survival. This is a shadow of one of those that portraying the dependency of a person on the wheels of his rickshaw. Share your thoughts.

Article written by: Mohiuddin Ahmed
Inspired by: Photo of the Day | October 21 | The Inner Shadow, by Tanmoy Saha

The Inspiration to the Scientists, by Tanmoy Saha

Got you after a long time…, by Tanmoy Saha

The Grey Bearded Man, by Ryszard Wierzbicki
Scroll to top