This picture was taken in one of my favorite places in Myanmar. I was visiting Mindat for the day. While exploring the tiny town and market area, I was intrigued by this tattooed face chin state woman smoking a pipe and having a conversation with her friend. I waited until she showed me her side profile before taking the picture. 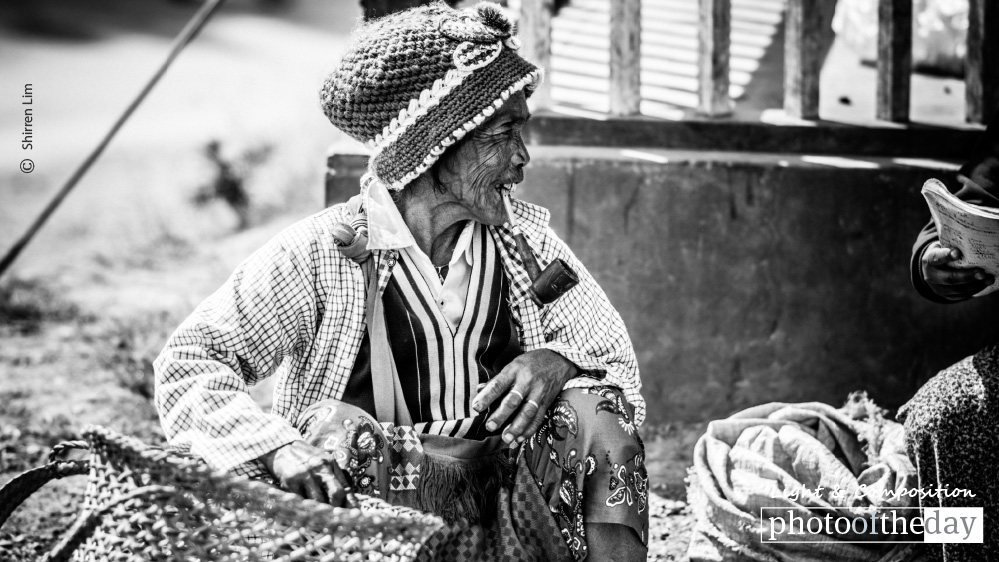 On the Way of Ghadisar Lake, by Vijaya Sri Sanjevi

Siblings in the Window, by Shikchit Khanal