I was motorcycling through Ireland for a whole summer month, and I had rain every day. This day was quite nice, though, but after I put up my tent in the evening near Blackrock Bay there was a strange light coming from the sea. I went to the rocks at the water, placed the camera on my tripod and used a dark neutral density filter to have a long exposure time, making it able to watch the oncoming clouds that quickly became a thunderstorm. 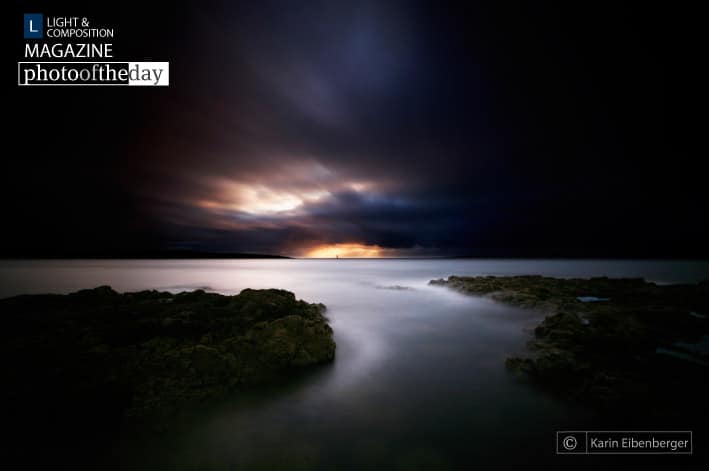 Photographer: Karin Eibenberger (Waidhofen, Austria / Baltimore, MD, USA) Registered Karin Eibenberger (28) was born and raised in Waidhofen/Ybbs, Lower Austria. She has a Master’s Degree in Scandinavian and German literature and worked as freelance translator, tour and exhibition guide before she started her second career as Biomedical Engineer. Karin currently lives in Baltimore, US, where she works as research associate and Master Student at the Johns Hopkins University School of Medicine.

Over the Ocean, by Dariusz Stec

Sunset on Sairee, by Ryszard Wierzbicki