Night view of Kyiv taken from the 20th floor of my friend’s house, which is located on the left bank of Dnieper river. The view is on the road intersection at Osokorki district (highway to Borispil airport) and panorama of the right bank of Dnieper river. On the left side of the photo there is Southern Bridge in the green light. The road has busy traffic till late night, as it connects downtown with the international airport. Kyiv, Ukraine, July 2010. I used tripod and wide lense to capture panorama of evening lights with longer exposure. 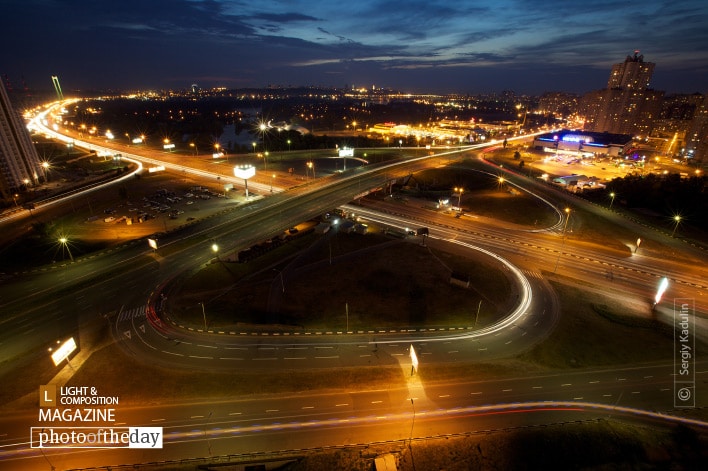 Love is What It Really Takes
Scroll to top wpDiscuz